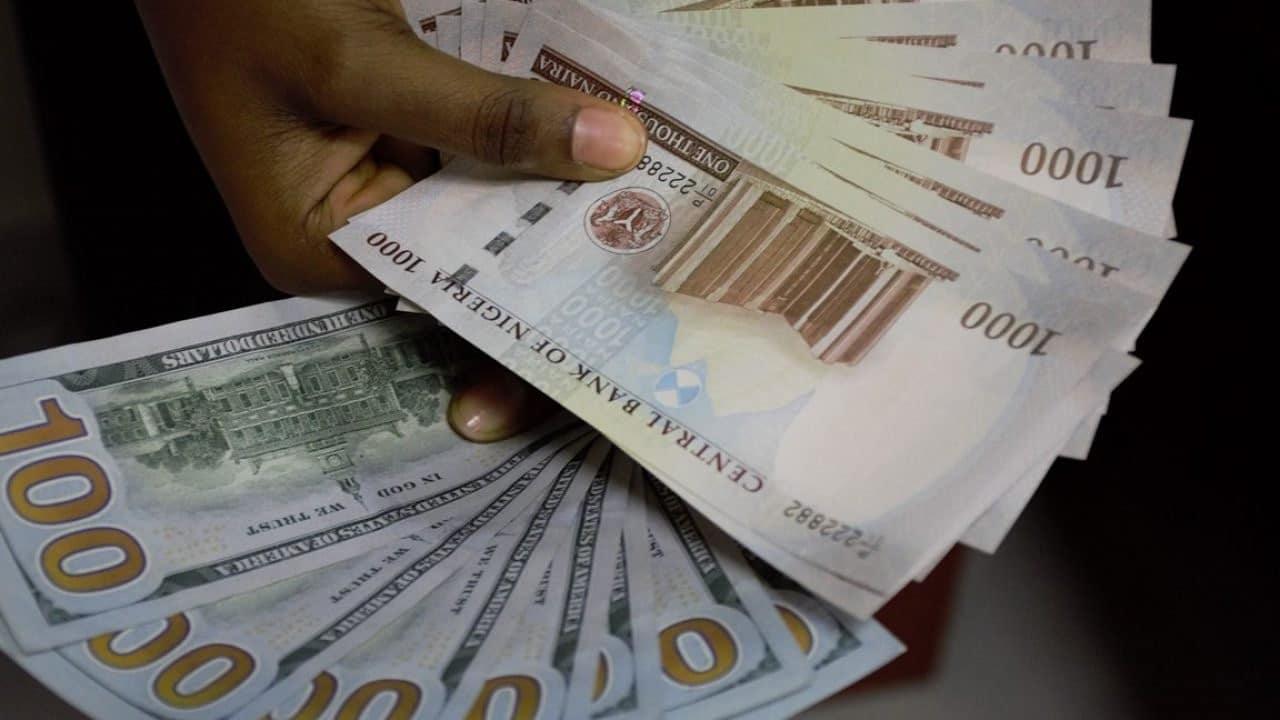 The Local currency Naira has gained massively over the US dollar at the official Investors and Exporters (I&E) window after it closed at N416/$1 on Friday, representing a 0.08% gain compared to N416.33/$1 recorded in the previous trading session. On the other hand, forex turnover at the official market increased by 57.5% to $142.42 million compared to $90.42 million that exchanged hands on Thursday.

On the other hand, the exchange rate fell by 0.09% at the P2P market on Monday morning, trading at a minimum of N579.5/$1 compared to N579/$1 recorded as of the close of trading activities on Friday.

However, Naira remained flat at N570/$1 at the parallel market, maintaining the same rate in the past three trading sessions.  This is according to information obtained from BDC operators interviewed by Nairametrics.

The exchange rate at the Investors and Exporters window closed at N416/$1 on Friday, 21st January 2022, which represents a 0.08% appreciation compared to N416.33/$1 recorded in the previous trading session

The opening indicative rate closed at N414.76/$1 on Friday, which represents 66 kobo depreciation compared to N415.42/$1 recorded in the previous trading session.

According to data tracked by Nairametrics from FMDQ, forex turnover at the I&E window increased from $90.42 million recorded on Thursday 20th January 2022 to $142.42 million on Friday 21st January 2022.