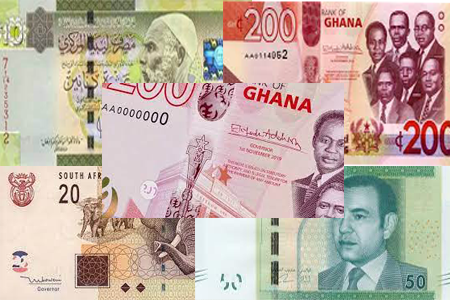 Welcome to Flippstack.com, In this article, we will be walking you through African Currencies that have the highest exchange value against the dollar in 2021, so make sure you until the end.

As we all know all countries in Africa have different currency so are the values of this currency, some have higher values than others, so we will be looking at this currency and the ones that have a higher value.

Before we continue, let’s understand what exchange rate is all about

What is Exchange Rate?

Exchange rate simply means the value of a currency when converted to another during trade.

exchange rates have a substantial influence on companies’ operations and profitability. Exchange rate volatility affects not just multinationals and large corporations, but it also affects small and medium-sized enterprises, including those who only operate in their home country. While understanding and managing exchange rate risk is a subject of obvious importance to business owners, investors should also be familiar with it because of the huge impact it can have on their holdings.

The first on our list is the Tunisian dinar, this is currently the strongest and most valuable currency in Africa. As of the time this article was published (1USD  coverts to 2.88TND).

Libya dinar is the second on our list, it is currently the second strongest currency in terms of value on the continent, second only to Tunisia. When converted to the dollar, (1USD  coverts to 4.59LYD).

Ghana is another country its currency is strong due to their massive effort towards giving it enough value.

Ghana had, in 2007, re-denominated its currency such that ten thousand Cedis became equivalent to one Ghana Cedi. The country’s Central Bank explained that the re-denomination became necessary for the sake of statistical convenience. The Ghanaian Cedi (1USD converts to 6.16 CEDI).

Morocco is the fourth country that has the strongest currency in Africa, for now. As of the time this article was published (1USD coverts to 9.20Mad)

Botswana is situated in Southern Africa, they have the fifth strongest currency on the continent. As of the time this article was published (1USD coverts to 11.59Pula).

Seychellois is a tiny island country located in the Somali Sea, the country has one of the strongest currencies in Africa. (1USD coverts to 13.59SCR).

Eritrea is located in the Horn of Africa, their currency is called the Eritrean nakfa. The currency has the eighth strongest exchange rate against the dollar. (1USD coverts to 15NAD)

NMFB Loan Calculator: How To Easily Calculate Your NMFB Loan