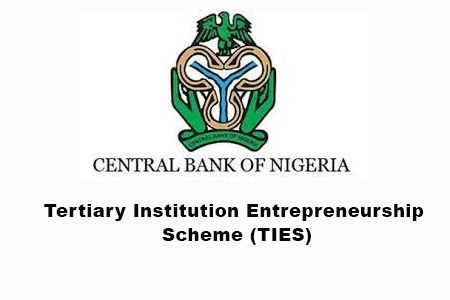 The Governor of the Central Bank of Nigeria (CBN), Mr. Godwin Emefiele has officially launched the Tertiary Institution Entrepreneurship Scheme (TIES) as he issued long-term Loans ranging from N4.1 – N5 Million to successful beneficiaries on Thursday.

He stated during the event in Abuja, that the scheme was developed in partnership with Nigerian polytechnics and universities, designed to harness the potentials of graduate entrepreneurs by creating a paradigm shift from the pursuit of white-collar jobs to a culture of entrepreneurship.

He also tasked the country’s higher institutions to reassess their educational curricula in order to reorient graduates’ orientation away from white-collar occupations and toward entrepreneurship.

“Entrepreneurship is a vital aspect of every economy, and entrepreneurs play a critical role in driving growth and innovation, which leads to job creation,” Emefiele said.

“The Central Bank of Nigeria has launched numerous programs that build an ecosystem in line with its mandate of guaranteeing monetary and price stability, as well as its developmental goal of promoting inclusive growth in the economy.”

Mr. Godwin Emefiele also went further to stress the importance of the initiative, saying that it would be executed in three parts.

The first component, he explained, is the Term Loan Component, which offers direct credit to graduates of Nigerian polytechnics and universities who have not been out of school for more than seven years.

He stated that the facility will be available for a maximum of five years tenor, with a one-year moratorium, and at a rate of 5% each year, which will increase to 9% in March 2022.

“The Component will be deployed through the AGSMEIS Equity Window of the Bank.” As a result, the investment limit will be governed by the AGSMEIS Guidelines, with a maximum investment duration of ten years,” he noted.

He explained that the third component, the Developmental Grant segment, is focused on increasing entrepreneurship knowledge and visibility among undergraduates at Nigerian higher institutions.

Polytechnics and universities in Nigeria would compete in a nationwide biannual entrepreneurship competition, he added, in which undergraduates will be presented by tertiary institutions to propose creative entrepreneurial or technology ideas with transformational potential.

Three top regional institutions would advance to the national stage, where the top five will be awarded funding ranging from N120 million to N250 million, he said.

He stated that funding prizes will be used primarily for the development of award-winning concepts by academic institutions.

Related Topics:TIES Loan
Up Next