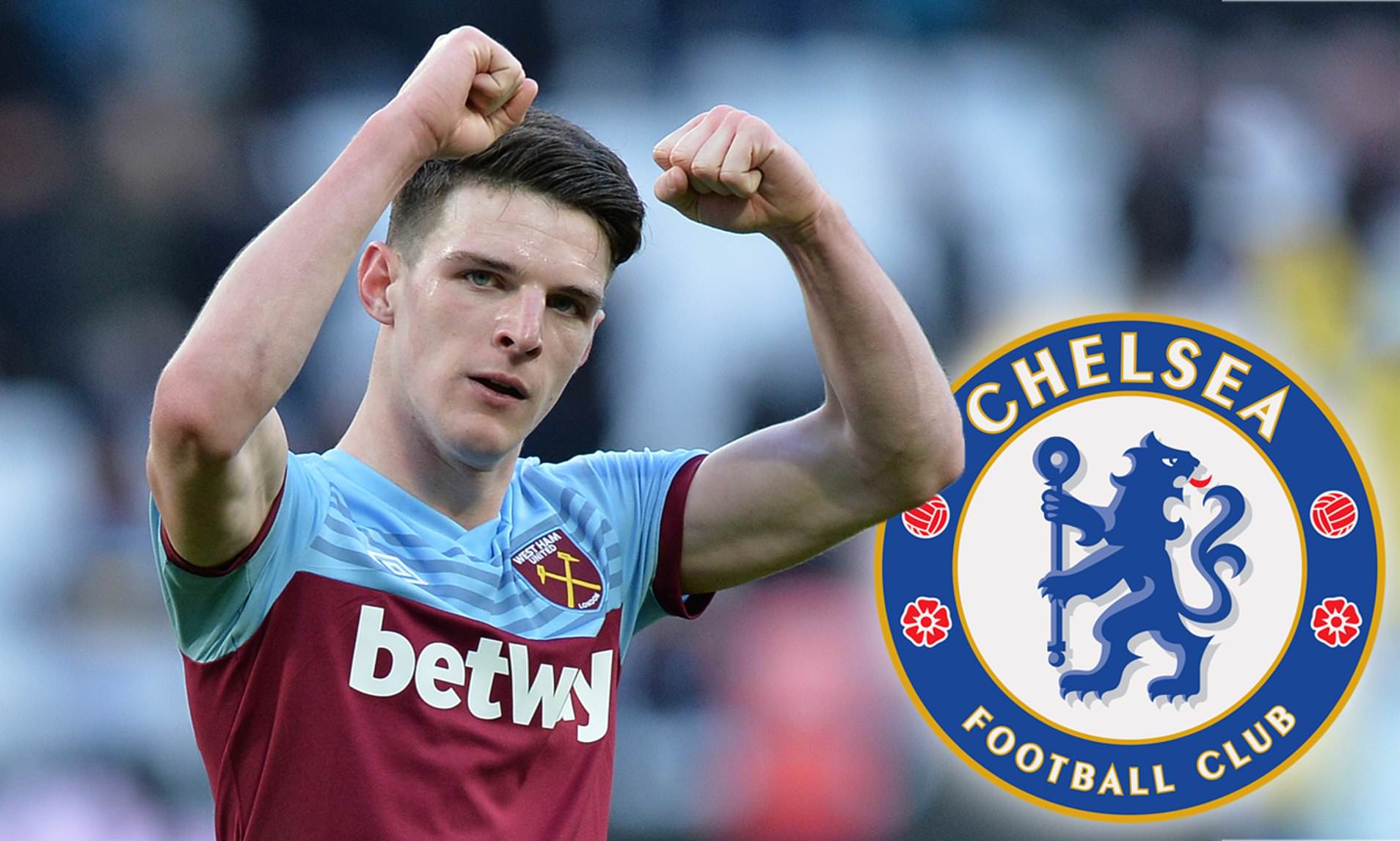 Welcome to Flippstack, we have compiled all the latest Chelsea news and transfers updates that are making the headlines for today.

Chelsea’s boss, Thomas Tuchel still has a chance to bring Declan Rice to Stamford Bridge in the next summer transfer window as the English International continues to turn down a new contract offer from Westham.

The Chelsea boss is keen on strengthening his midfield and Declan Rice’s versatility also allows him to fill in at center-back.

The 22-year-old’s contract expires in three years, and reports state that he has indicated that he will not be signing a new deal and that the club should let him know about potential offers.

According to a report on Goal, the winger has attracted the attention of the top clubs in Europe, including Manchester City, and Chelsea after a series of impressive performances.

The attacker’s agent has hinted about a potential move to Europe for the 22-years old:

‘As a winger, I would recommend Emerson Rodriguez Rivaldo,’ he said. ‘A Colombian born in 2000.

‘He is owned by Millonarios and already watched by Manchester City and Chelsea.’

According to reports from Sports Witness, the Blues would be prepared to make a move for the 24-year-old next summer.

The Ivorian is a key player for the Italian giants AC Milan since his move from Atalanta in 2017 and the departure of Hakan Calhanoglu and Gianluigi Donnarumma will make it difficult for AC Milan to let him go.

Chelsea will be competing with Paris Saint-German who are also interested in the midfielder.

‘His performances have not gone unnoticed around Europe, particularly as his contract is set to expire in June next year,’ the report stated.

‘That’s led to reports that several sides are keeping a close eye on the situation and are willing to offer the midfielder an increase in wages to move on a free transfer next summer.’

Former Chelsea defender and club legend, John Terry has praised Chelsea for signing Romelu Lukaku as he believes the player was a key missing player from the Blues squad last season.

Speaking with Skysports, the England International, believes Chelsea are one of the contenders for the league title with the signing of Romelu Lukaku.

‘I think they’re looking good, he’s the one big one missing,’ Terry said. ‘I know they won the Champions League last season but probably just missed out on the Premier League because of that.

‘I think bringing him in kind of gives that. He’s shown that already.’

The Belgian forward scored on his debut against Arsenal and will be looking to get back on the score sheet when the full squad returns from the international break this week.

‘He’s got something to prove at Chelsea too,’ Terry added. ‘I know him and he’s very determined to do well.

‘Chelsea are looking great at the minute, and I think they can give Manchester City a push.’