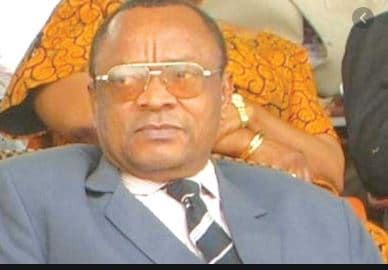 Insecurity has been a major issue in the country currently, and many Nigerians have lost their lives since the start of this year. Since the start of last month, it has been the story of Unknown gunmen terrorizing the country, targeting and killing prominent men in society.

In this article, Flippstack brings to you a list of prominent Nigerians, businessmen, and politically inclined who have been killed by unknown gunmen in May 2021.

Ahmed Gulak is the former Special Adviser on politics to President Goodluck Jonathan, He was shot dead by unknown gunmen in Owerri, Imo State. Gulak was killed in Imo State on Sunday morning while on his way to Sam Mbakwe International Cargo Airport, Owerri. Before his untimely death, the Muslim-born political adviser to former the President of Nigeria, Goodluck Jonathan, served as the chairman of the APC Committee that conducted the governorship primaries in Imo state a few years after he declared himself the national leader of PDP.

An Igbo businessman, popularly known as Linus Owuamanam, was killed by unknown gunmen along Premier Hotel-Sango Road in Ibadan, Oyo State. Linus Owuamanam, a billionaire businessman, was killed around 8 pm on Saturday night. The information we gathered stated that Linus was in his newly acquired Toyota bus with his secretary when the assailants stopped his vehicle and shot him. When the gunmen discovered that he was still alive, they used a knife to stab him in the chest to make sure his heart stopped beating.

Okiemute Mrere is the Chief provost of the Nigerian Immigration Service in Imo, He was killed on Saturday night along Owerri- Port Harcourt Road in Owerri, and his remains discovered in a bush on Sunday morning. The immigration officer was riding an Immigration Hilux van when he was attacked by the gunmen and shot at close range.