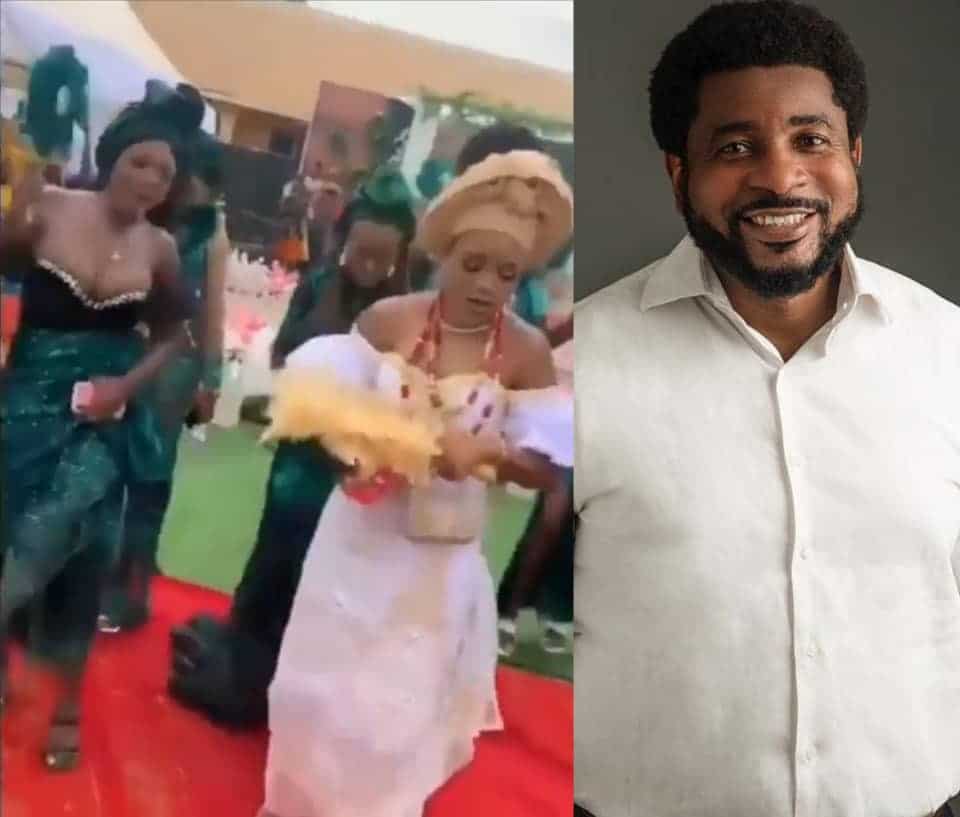 Few days ago we saw a viral video of a bridesmaid who took the center stage and gathered admirers at her friend’s wedding due to the boobs-revealing dress she wore to the ceremony which barely covered her big boobs.

This video was said to have happened last week and the video got so many reactions from different people, with some people making comic comments about it while some other sets of people seeing the wrong side of it. After seeing this said video, Pastor Okonkwo Kingsley In His Instagram post tackled the bride, the bridesmaid and the man who caused the stir by spraying money on the boobs-revealing bridesmaid instead of the bride, and he also tackled the whole elders at the event for their failure to tackle the issue beforehand. Read His post below

#2–These are my opinions, be free to have yours, as an elder I feel I should address for those that want to learn

To the bride-
* why are you keeping a friend that doesn’t “look” like she’s on same page with you, most of the other girls are decently dressed
* Even if she is your friend does she have to be on your train
* when she arrived half naked, you could have benched her
* She was not only half naked but was dancing with intention, for me – wrong intention

To the half naked friend-
* There’s something called decency, learn it
* There’s social maturity – allow people shine on their day and don’t divert attention even when you can, respect peoples feelings

To the spraying man
* Can we keep lust and foolishness till after the wedding?
* Even if she was your girlfriend, wife or sister, the timing was wrong

To me and my IG fam
* What concern us in this matter….. Well good behavior is fast becoming a thing of the past, let’s preserve the small sense still left, Nigeria has lost so much let’s help where we can.