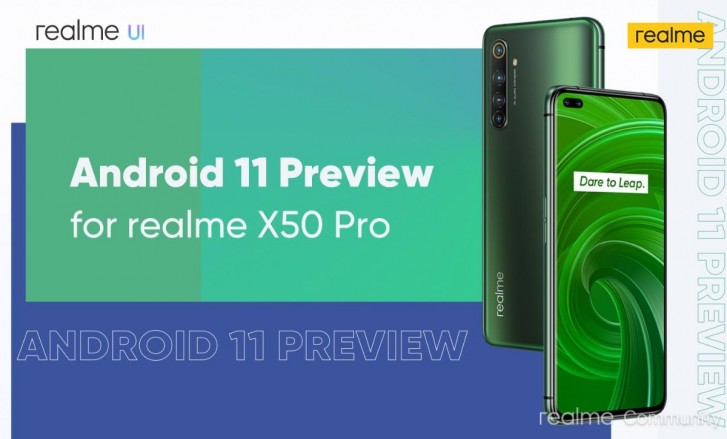 Google has introduced Android 11 and started pushing the new OS to Pixel owners. Other companies are ready to follow suit, and one of the first manufacturers to do so is Realme – it has opened the application process for Realme X50 Pro users at its Community website.

Android 11 brings optimizations to messaging, notifications, permissions, and a quicker toggle between media devices in the same network. Some users of the X50 Pro have already been experiencing the A11 lifestyle, since Realme pushed its first beta earlier this summer.

Realme will allow exactly 100 users of phone to get the Android 11 Preview. People willing to apply have to update their phones to the RMX2076PU_11.A.35 firmware version and then follow the steps in the Trial Version menu that is part of the Settings.

While the company does not say when a stable update will be pushed for all Realme X50 Pro phones, it is definitely right around the corner. If the initial 100 people don’t report major bugs, we should expect a global rollout in the next month.