Welcome to Flippstack, We have compiled all the latest Chelsea news and transfer update making the Headlines today in order to keep you updated. 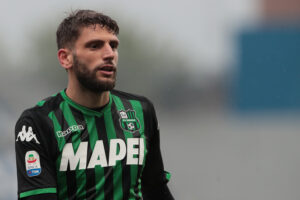 Chelsea are reportedly interested in the signing of Euro 2020 winner Domenico Berardi.

The Italian attacking midfielder who currently plays for Seria A side Sassuolo was one of the outstanding performers in the Euro 2020. He helped his team secure the Gold medal and will now be focusing on his future at the club level.

According to the Daily Mail,

‘The Blues have made inquiries into Berardi’s availability, while Borussia Dortmund and West Ham are also tracking the Italy star,’ the report states.

The 26-year-old Italian has two years left in his contract with Sassuolo and Thomas Tuchel will be looking to add more attacking threats to his strong squad and the Italian could be one of the options. 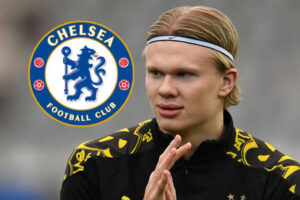 Former Chelsea midfielder, Craig Burley has advised Chelsea to go all out for the signature of Haaland.

The Scottish international believes the signing of Haaland will make Chelsea English Premier League title contenders, knowing the kind of quality he brings to any team.

Speaking with ESPN, he started by praising the Gaffer(coach) Thomas Tuchel.

‘He has shown what a good manager he is,’ Burley said. ‘The big question was, what could he do? He answered that.’

‘Give him the money to get him the hottest property in world football,’ he added. ‘If he does, they are up there with Manchester City as the favourites.

‘That’s how much of a difference Haaland would make.’

Chelsea are plotting a transfer swoop for Bayern Munich striker Robert Lewandowski, according to a report in the Sun.

The report suggests that Thomas Tuchel is interested in further strengthening his attack and Chelsea are looking at the Poland international as an alternative to Erling Haaland.

‘Chelsea faces a fight on their hands to bring Bayern to the negotiating table for the Poland international,’ the report states. ‘Lewandowski is keen for one last adventure before his illustrious career ends and would relish a move to the Premier League.’

The striker scored 48 goals in the 40 games in the 2020/21 season. He also broke Gerd Muller’s long-standing record for Bundesliga goals in a single campaign at the last minute of the final game of the term.

The Pole’s contract expires in 2023 and the German giants value the goalscorer at around £50 million.

Brighton is pushing to sign Chelsea’s wonder kid Tino Livramento as they look to finalise a deal with Chelsea. The Chelsea’s Academy player of the year, rejected the likes of  Southampton, Aston Villa, RB Leipzig, and AC Milan to remain at Chelsea but it’s likely, the 18-year-old will be going elsewhere to play his 2021/22 season.

Leeds United has now agreed to a £1.5 million fee with Chelsea for the 18-year-old Chelsea’s young midfielder but the deal includes add-ons based on Premier League appearances and a future sell-on fee.

Bate sees a clearer pathway to the first team at Elland Road with Chelsea having N’Golo Kante, Jorginho, Mateo Kovacic, Mason Mount, and Billy Gilmour ahead of him in the midfield pecking order.