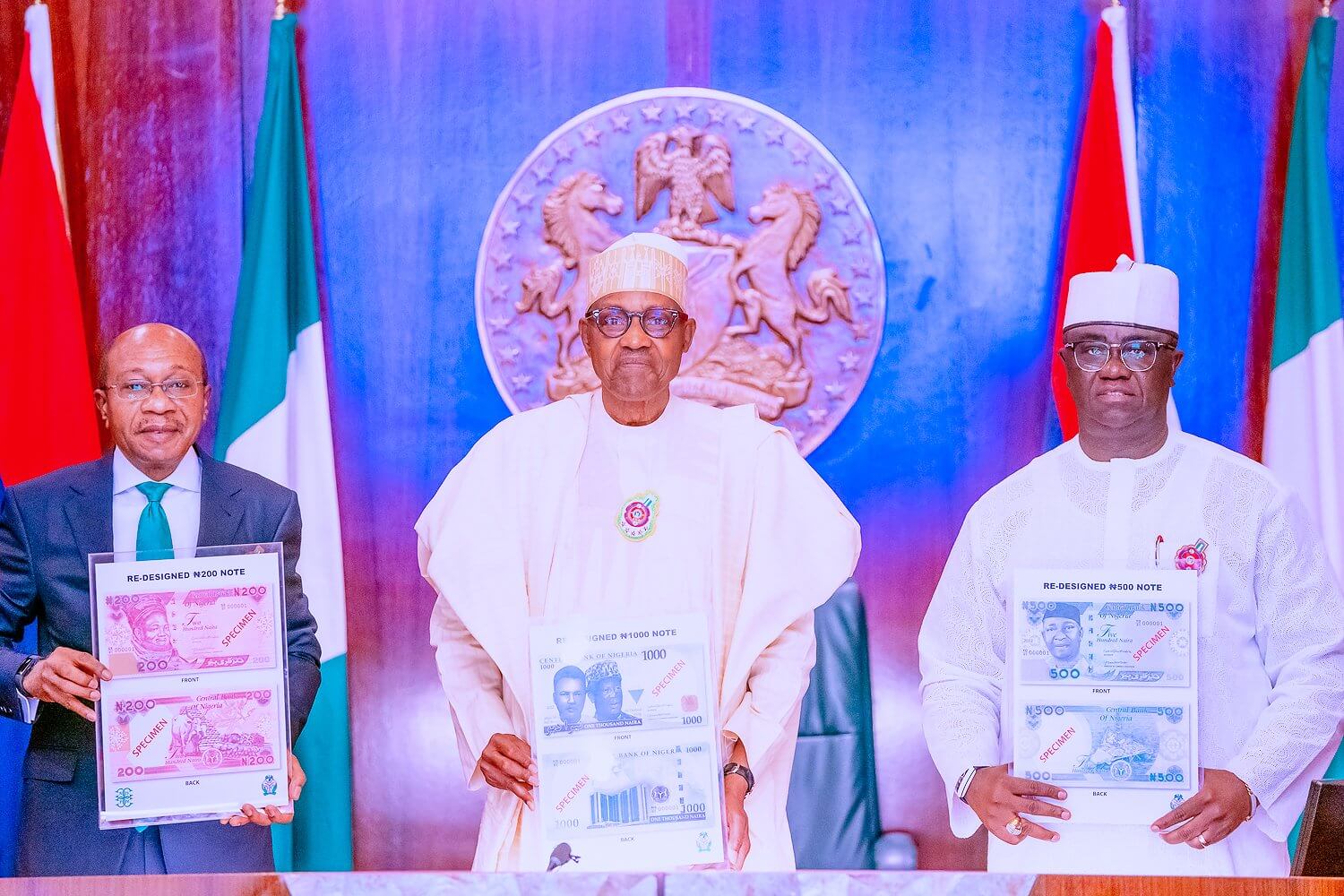 The new N200, N500, and N1,000 notes were unveiled on Wednesday by President Muhammadu Buhari in the Council Chamber of the Presidential Villa in Abuja.

Before the weekly Federal Executive Council, FEC, meeting that was chaired by President Buhari, the new notes were unveiled.

After the brief ceremony, Godwin Emefiele, the governor of the Central Bank of Nigeria, CBN, told reporters at the White House that, in accordance with international tradition, the naira should be updated and reissued every five to eight years.

He regretted that the previous administration’s lack of political will had prevented Nigeria from redesigning the naira for around 19 years.

According to him, “In the past, I have to confess that attempts by the CBN to redesign and reissue the naira notes have been resisted. It is only President Muhammadu Buhari that has the courage to do so.”

Emefiele said it was the mandate of the CBN, to redesign and reissue the notes, assuring that henceforth, the exercise would take place after five to eight years.

“After today, the CBN will begin to redesign and reissue the naira every five to eight years,” he said.

Emefiele said that the CBN was determined in ensuring that the provision of the law on the volume of money one should carry is followed.

Below are images of the new naira notes: