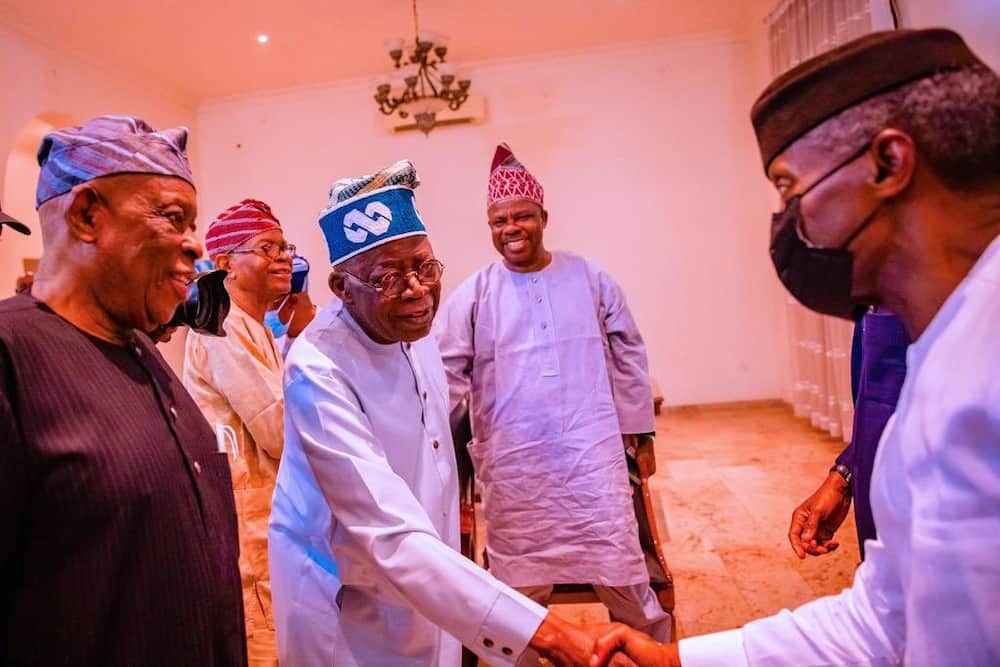 While Tinubu, Fayemi, and Amosun were already in Owo, VP Osinbajo, on the other hand, had already arrived in Ondo State but had not yet reached Owo as of the time of filing this report.

This online platform understands that an eyewitness, Kehinde Ogunkorode told newsmen that the incident caused pandemonium in the area as residents, who were taken by surprise, ran for safety.

The explosion on the Catholic Church Owo grounds killed several people and injured many more.

The attack on the Catholic church in Owo, the hometown of Rotimi Akeredolu, the Ondo State Governor, came barely a week after the Prelate of the Methodist Church of Nigeria, Bishop Samuel Kanu-Uche, was kidnapped in Abia State by gunmen, who the priest later identified as Fulani youths.

Reports have it that the gunmen, who attacked the Catholic Church, arrived at the premises, which is less than 200 meters from the palace of the Olowo of Owo, at 12 pm when the Sunday mass was being rounded off.

Governor Akeredolu while condemning the attack described it as a personal loss and a calculated assault.

A statement by Akeredolu read, “I am deeply saddened by the unprovoked attack and killing of innocent people of Owo, worshiping at the St. Francis Catholic Church, Today. The vile & satanic attack is a calculated assault on the peace-loving people of the Owo Kingdom who have enjoyed relative peace over the years.

“It is a black Sunday in Owo. Our hearts are heavy. Our peace and tranquility have been attacked by the enemies of the people. This is a personal loss, an attack on our dear state.

“I have spoken to the Bishop of the Catholic Diocese of Ondo, Most Reverend Jude Arogundade, who is presently on his way to Owo. Similarly, I have had to cut short my party’s national assignment in Abuja and visit Owo immediately.

“This is an unexpected development. I am shocked, to say the least. Nevertheless, We shall commit every available resource to hunt down these assailants and make them pay. We shall never bow to the machinations of heartless elements in our resolves to rid our state of criminals.

“I commiserate with my people in Owo, particularly families of the those who lost their lives to this ugly and unfortunate attack.

“I extend my condolences to Olowo of Owo, Oba Gbadegesin Ogunoye as well as the Catholic Church.

“I urge our people to remain calm and vigilant. Do not take laws into your hands. I have spoken to the heads of the security agencies. I have equally been assured that security operatives would be deployed to monitor and restore normalcy to Owo kingdom.”

Meanwhile, Flippstack gathered that Amosun and Tinubu were at the palace of the Olowo of Owo, Ajibade Ogunoye III, for a condolence visit as of the time this report was filed.

BREAKING: Tinubu Faces Defeat As 3 Aspirants Step Down For Osinbajo