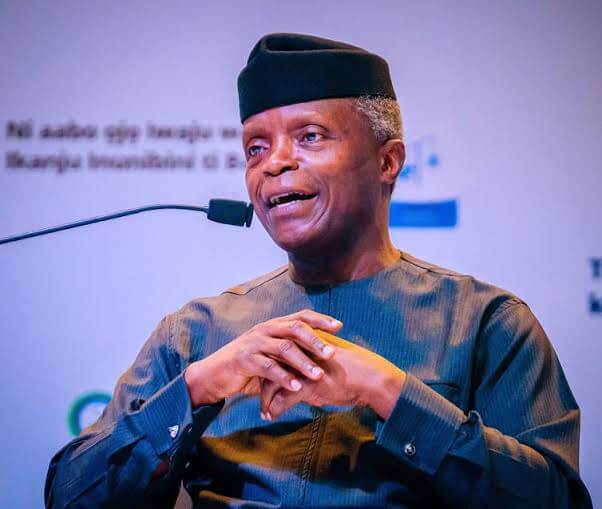 BREAKING: Tinubu Faces Defeat As 3 Aspirants Step Down For Osinbajo

Flippstack reports that the Director-General of the Yemi Osinbajo Campaign Organisation, Senator Kabiru Gaya, says the list of Presidential aspirants in the All Progressives Congress has been trimmed to just two – Vice-President Yemi Osinbajo and former Governor Bola Tinubu of Lagos State even as he stated that three aspirants had stepped down.

Governor Simon Lalong of Plateau State had earlier in the day confirmed that a shortlist of five aspirants had been sent to President Muhammadu Buhari for consideration.

The five aspirants were identified as Tinubu, Osinbajo, Governor Kayode Fayemi of Ekiti State, his Ebonyi State counterpart, Dave Umahi; and the immediate past Minister of Transportation, Rotimi Amaechi.

However, Gaya, who represents Kano-South senatorial district, told Channels Television that the list has now been trimmed to two.

He also claimed that three Presidential aspirants had stepped down for the Vice-President.

However, the senator failed to identify the three aspirants, only claiming that former Senate President Ken Nnamani who stepped down on Monday did so in honour of Osinbajo.

Although Flippstack Nigeria could not independently verify this claim, Nnamani had while withdrawing from the race, lamented the political marginalisation of the South-East.