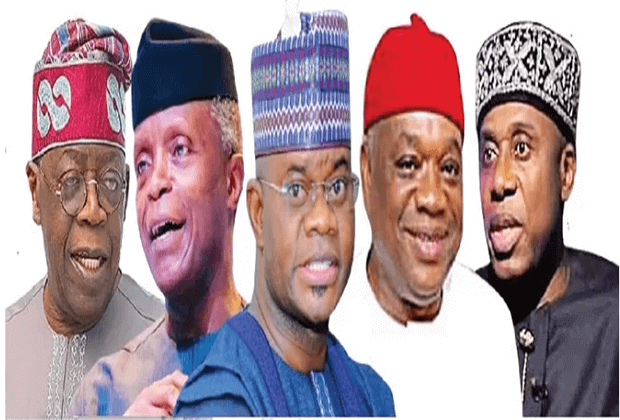 Ahead of the presidential primary of the All Progressives Congress (APC) scheduled to hold between June 6th and 8th, the ruling party has disqualified 10 out of the twenty-three (23) presidential aspirants from participating in its special convention to pick a standard-bearer.

Flippistack understands that the chairman of the screening panel, John Oyegun, made this known on Friday, June 3, 2022, while presenting a report to Abdullahi Adamu, APC national chairman.

“First, we have 23 aspirants that we interacted with and my first comment is that we are indeed a lucky party. The point I want to make is the quality of the people that want to govern this country,” Oyegun said.

“We are a governing party and so the ability to lead, the background, experience… it is on the basis that we made a shortlist. I won’t want to read the names, I’d leave that to you, but we brought the number down to 13.

“We could have cut it a little shorter but we wanted the younger elements to surface.”

Meanwhile, the details of the presidential hopefuls who did not make the cut for the forthcoming APC Primaries for the 2023 Presidential election in Nigeria are not yet known.

Before now, APC spokesman, Felix Morka, had said 28 presidential forms were purchased, but three persons — Chris Ngige, minister of labour; Timipre Sylva, minister of state for petroleum: and Godwin Emefiele, governor of the Central Bank of Nigeria (CBN) — did not submit their forms.