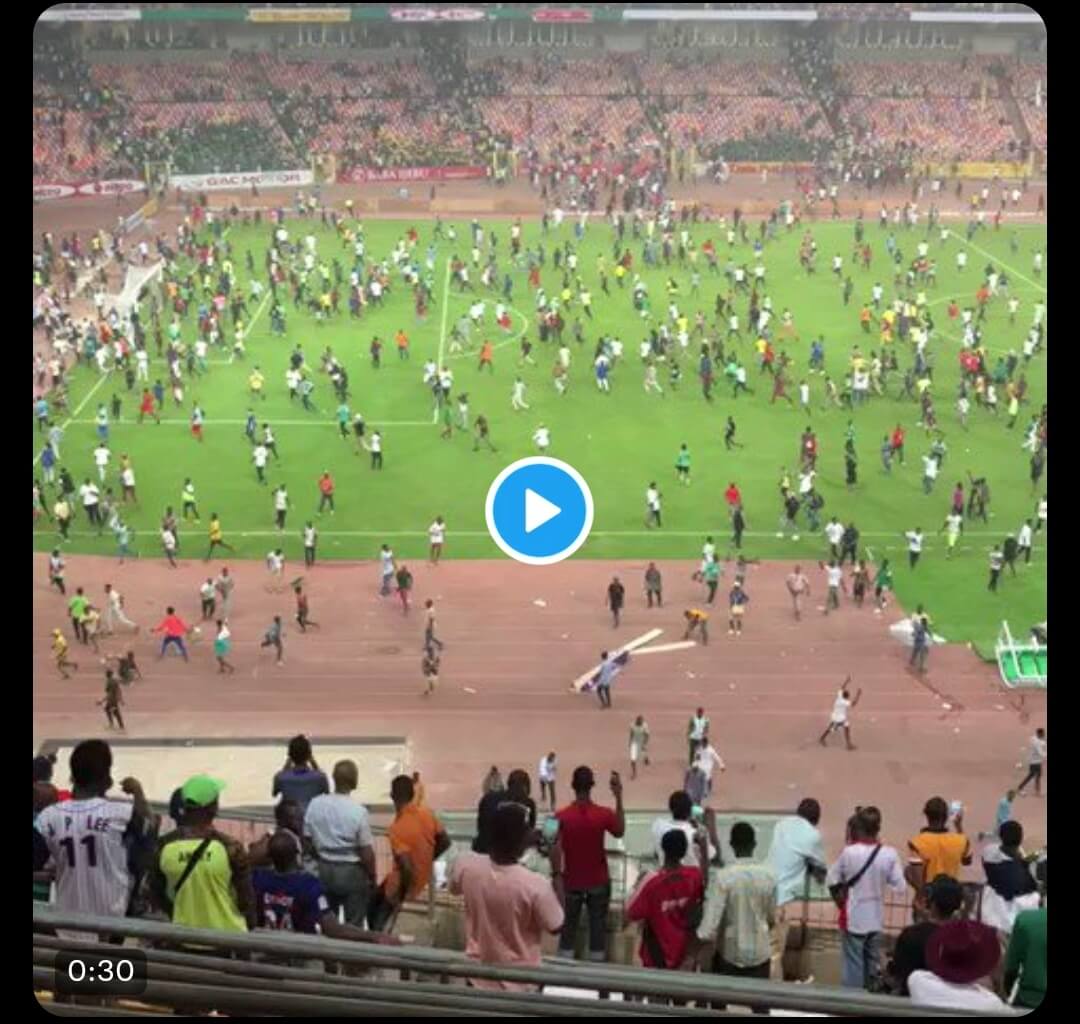 Super Eagles played out a 1-1 draw against Ghana at home but Ghana progressed due to away goal advantage after Nigeria failed to score an away goal in Ghana in the first leg which ended goalless.

After the match Angry fans jumped into the pitch and was captured in the video destroying the facilities in the newly renovated stadium.

Watch the video below..

Live video from National Stadium.
The fans are angry.#NGRGHA pic.twitter.com/8zJOFehFf8