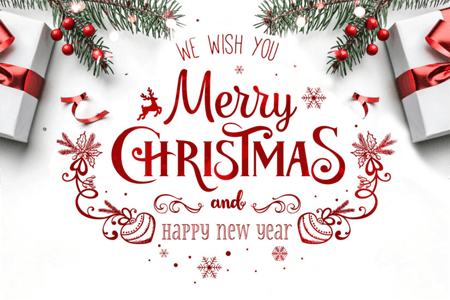 Welcome to Flippstack, in this article, we will be walking you through the history, importance, and significance of Christmas in order to give you awareness of what the season is all about.

You may also want to read 100+ Merry Christmas Wishes, Messages, and Greetings

The term, Christmas, is of recent origin. It translates as ‘mass on Christ’s day.’ However, different countries around the globe have various names for the festival. It is referred to as Yuletide in Germany, Navidad in Spanish, Natale in Italian, and Noël in French.

Many centuries ago, early Europeans marked both light and birth in the darkest days of winters. They celebrated the winter solstice, as they looked forward to longer days and extended hours of sunlight.

It is believed that Joseph and Mary gave birth to the second holy trinity of Christianity, Jesus Christ, on December 25 in Bethlehem. Jesus of Nazareth was a spiritual leader, whose teachings formed the foundation of Christianity.

Although the Bible does not mention a specific date for his birth, Emperor Constantine, the first Christian Roman emperor, designated December 25 as ‘Christmas’ — a day to commemorate Christ’s birth. The United States declared December 25 as a federal holiday in 1870 and it has been a widely-recognized holiday ever since.

It is believed that Jesus Christ was born in a manger in Bethlehem to Mary and Joseph. However, as the Gregorian calendar did not exist back then, there is no proof that he was born on December 25. Bible also does not mention the exact date for his birth. Emperor Constantine – the first Christian Roman emperor – declared December 25 as Christmas. After a few years, Pope Julius I also announced the day would be marked as the birth of Christ.

In the early centuries of Christianity, the celebration of Christ’s birth was strongly opposed, as he was considered a martyr for all people. It was commonly believed that saints and martyrs should be honoured on their martyrdom days. Additionally, Easter was the main holiday and not Christmas. In the fourth century, church officials finally decided to institute the birth of Jesus as a holiday.

Christmas has been celebrated as one of the most important holidays around the world. On Christmas Eve, people attend midnight mass at churches. Families decorate their homes with Christmas ornaments, stockings, tinsels, and most importantly, the tree.

Kids await the arrival of the fabled Santa Claus, or Father Claus, an old man decked in red with a white beard, bearing a bag full of toys, with his elves and reindeers at tow, arriving at midnight and leaving gifts under the decorated tree. People spread cheer, attend carnivals and spend quality time with family and friends on this day.

Christmas holds great significance for the Christian community. They believe that God sent his Son to earth to sacrifice himself. He came to salvage all of humanity and absolve them of their sins. This is why Jesus Christ’s crucifixion symbolizes the ultimate sacrifice.

This day serves as a reminder of Christ’s enormous sacrifice for mankind and his lessons on how to be a nobleman, as he is the emblem of all divinity. God is said to have sent his son Jesus into the world to save humans from all evils. Christmas is also known as the ‘Feast of Nativity’ and has a cultural as well as religious significance for the Christian, as well as the non-Christian community.

To celebrate Christmas, people attend midnight mass at churches on Christmas Eve. Families also prepare an elaborate Christmas feast on this day. People also sing carols at the church. The festival marks the end of the year and symbolizes all things heart-warming, blessed and jolly.

Related Topics:ChristmasMerry Christmas
Up Next

MTN Zigi Chatbot – How To Get Free 1GB Data Daily

How To Purchase JAMB 2022 Form And General Instructions