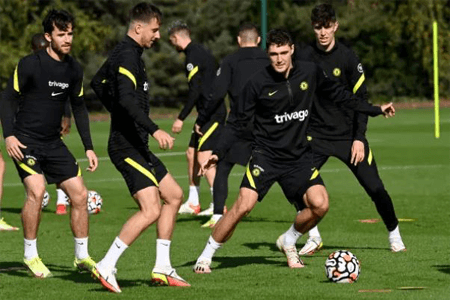 Chelsea will return to English Premier League action at Brentford Community Stadium against Brentford as the international break comes to an end.

Chelsea finished the last round of matches as league leaders before the International break which has been Chelsea’s 11th best start to a Premier League campaign and the early show of promise was last bettered under Maurizio Sarri in 2018.

Brentford has failed to beat Chelsea across all competitions, the Blues are unbeaten in six against the Bees (five wins, one draw) stretching back to February 1939.

Thomas Tuchel’s men are unbeaten on the road in the Premier League this season and in 11 of the past 12 matches. High-intensity starts have helped. Chelsea are the best team in the league in the opening 45 minutes, but only fifth after half-time, despite a record of eight goals for and two against. The champions of Europe are one of six yet to concede in the second half on the road, while the Bees have conceded three times after the break on their own soil.

Chelsea holds the best shot-conversion rate in the top flight this season of 15.3 percent, as well as the biggest disparity (+3.2) between goals scored (15), and those expected (11.8).

Ben Chilwell is also likely to start this fixture after scoring the first goal of the season against Southampton and scored for the English National team at the weekend fixture.

Chelsea will be without the experienced Thiago Silva, On Saturday whose match for Brazil in Uruguay did not finish until 3.30 am Friday UK time. Providing Toni Rudiger is available the resources at center-back are there to cope. N’Golo Kante and Reece James were restored to readiness in midweek.

Romelu Lukaku returned to Cobham rather than play in Belgium’s third/fourth place Nations League match on Sunday due to ‘muscle fatigue’ but seems likely to play on Saturday as he has trained since.

Both Timo Werner and Kai Havertz are back in training with their confidence on high after both players scored in their last International match with Germany on Monday against North Macedonia.