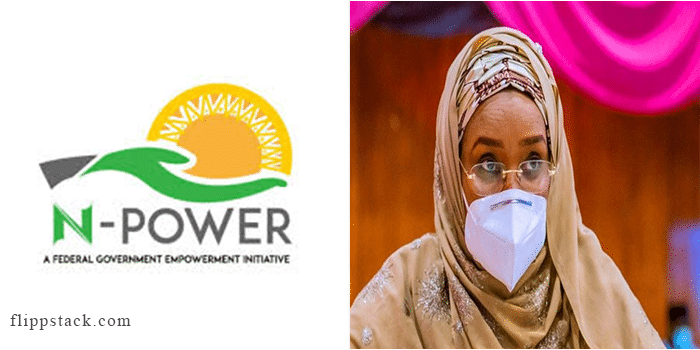 Flippstack understands that the Federal Government has officially flagged off the commencement of the long-awaited Npower Batch C across the federation.

This was made known by the Minister for Humanitarian Affairs, Disaster Management and Social Development, Sadiya Umar Farouk, who disclosed that 510,000 beneficiaries have made the final list of the successful beneficiaries of the 2020/2021 Batch C Stream 1 N-power Programme.

The successful beneficiaries who made it through to the final selection stage are to work in 3 core segments, namely:

A) N-Power Volunteer Corps which is the Graduate programme

B) N-Power Build which is a Non-Graduate programme

C) N-Power Knowledge which is also a non-graduate programme but deliberately designed on ICT skills.

She went further to state that:

“The N-Power Volunteer (Graduates) are entitled to a monthly stipend of N30,000 for a period of one year.”

”The N-Power programme deploys an online application and selection strategy to ensures fairness, transparency and credibility in the recruitment process.

“The programme commenced in the Office of the Vice President back in June 2016 when the application portal was first opened. Over 750,000 applications were received, out of which, 200,000 beneficiaries were screened and selected into the first batch called Batch A.

“The portal was opened again in June 2017 where over 2.5 million applications were received, from which another 300,000 volunteers were selected into the programme as Batch B.

The Minister applauded President Muhammadu Buhari for his administration’s unwavering efforts in eradicating poverty in Nigeria and for supporting and sustaining the National Social Investment Programme.

NPower Releases USSD Support Code *45665# – All You Need To Know