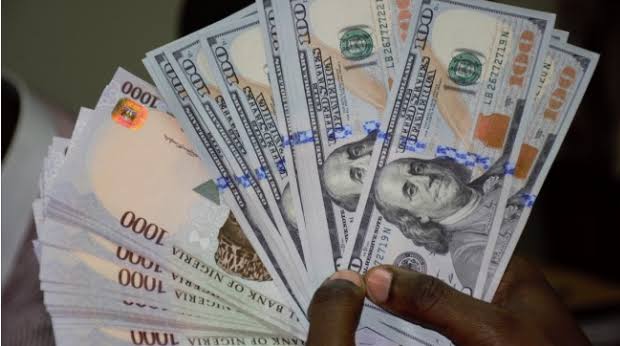 The Exchange Rate of Dollar To Naira Today

Flippstack gathered that the exchange rate between the Naira and the US dollar according to the data posted on the FMDQ Security Exchange where forex is officially traded, showed that the naira opened at N411.71 per dollar on Friday, August 20th, 2021, after it closed at 411.67 per $1 on Thursday, August 19th, 2021. 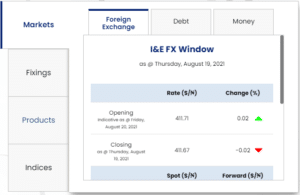 What is the Exchange Rate of Dollar To Naira in Black Market Today?

The Nigeria black market dollar exchange rate today to the Nigerian Naira is as follows:

According to abokiFX, the local currency opened at N512.00 per $1 at the parallel market otherwise known as the black market, today, Friday, August 20th, 2021, in Lagos Nigeria.

According to the data published on abokiFX, which is known as the “official black market rate“, showed that at the black market, the players buy a dollar for N512 and sell for N520 on Friday morning, August 20th, 2021. 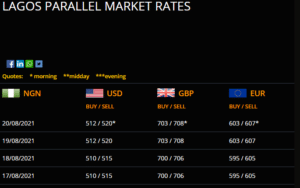 This means that the USD started this week at ₦508 in Parallel Market also known as Black Market on Monday, August 16th, 2021.