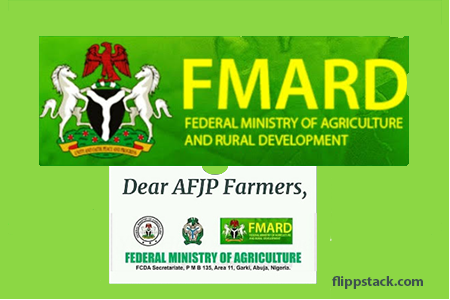 This was revealed in a telephone conversation between an Enumerator under the FMARD/PACE AFJP Programme in Kano State, Mohammed Babangida, on Tuesday.

The Enumerators had lamented earlier about the noncompliance to the agreement signed with the Agricultural Ministry during their engagement, which emphasized that each of the Enumerators would be paid N500 per each successful enumeration in two trenches – half to be paid at the end of every week and remaining 50% to be paid in a bulk after the programme.

Reacting to the above agreement when reminded in the Telephone Conversation with Mohammed, FMARD stated that the money meant for the payment of the 50% remuneration to the Enumerators, has not been released.

The ministry further stated that the priority at hand is the payment of the enumerated Farmers who have been calling for the disbursement of the Fertilizer Subsidy Grant, noting that the Enumerators would be paid after the said disbursement.

FMARD has however disclosed no date for the commencement of the disbursement of the N6,154,802,000 Federal Government Fertilizer Subsidy Grant to 1,209,143 Farmers enumerated under the FMARD/PACE AFJP Project.