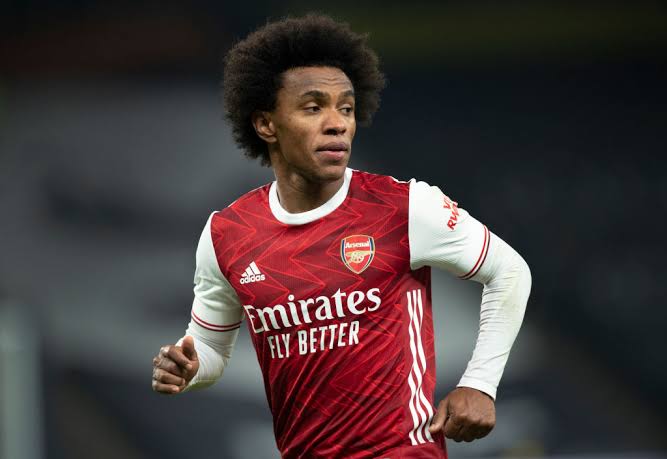 The Brazilian joined Arsenal from Chelsea last summer which he signed a 3years contract to keep him in the club till 2023 but according to reports he is considering moving back to Stamford Bridge.

The 32-year-old was only able to score one goal in his 37 appearance for Arsenal and the Gunners was not able to make it to Europa League which might be his reason of wanting to leave the club.

Chelsea tried to convince him last summer to sign a new contract but we’re unwilling to offer him a three-years deal which would have seen him stay with the club for another three years, so that led to his move to North London.

A number of clubs in Europe, as well as David Beckham’s MLS side Inter Miami, are working hard to sign the Brazilian, but Sky Sports News has learnt that a return to Stamford Bridge would be his number one choice.

Willian is contracted at Arsenal until the summer of 2023, but Sky Sports News’ Dharmesh Sheth reported this week that he would likely be allowed to leave early as Arsenal look to free up funds for their transfer targets.

3 thoughts on “Arsenal’s Flop Willian, Set to Return to Chelsea”