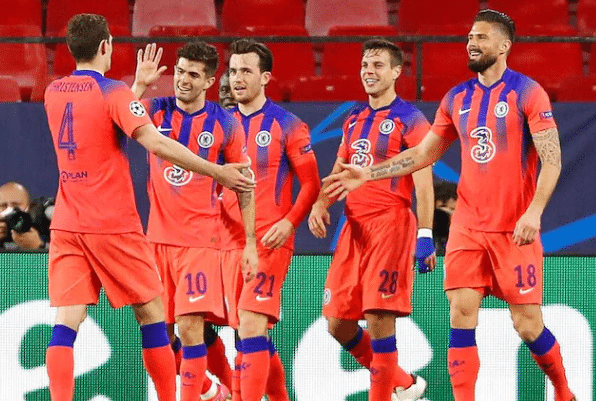 Porto hosted Chelsea in their UCL quarter final first leg last night at Estadio Ramón Sánchez-Pizjuán in Seville. It was Chelsea who came out on top in the clash, putting two goals past Porto and the game ended 0 – 2 in favour of Chelsea.

Porto had their first-half chances but it took a moment of Mason Mount magic to open the scoring, the in-form England forward swivelling past Zaidu with one delightful touch before finishing low across Agustín Marchesín with his second.

The home side had further opportunities after the break, Moussa Marega most notably thwarted by Edouard Mendy’s speed off his line, but largely it was the Blues who were the more threatening.

César Azpilicueta’s close-range header missed the target altogether and Christian Pulišić’s thumping shot crashed against the bar. However, Ben Chilwell made no such mistake after catching Jesús Corona in possession and rounding Marchesín to slot into the unguarded net.

One thought on “Watch Porto Vs Chelsea Goals & Highlight”