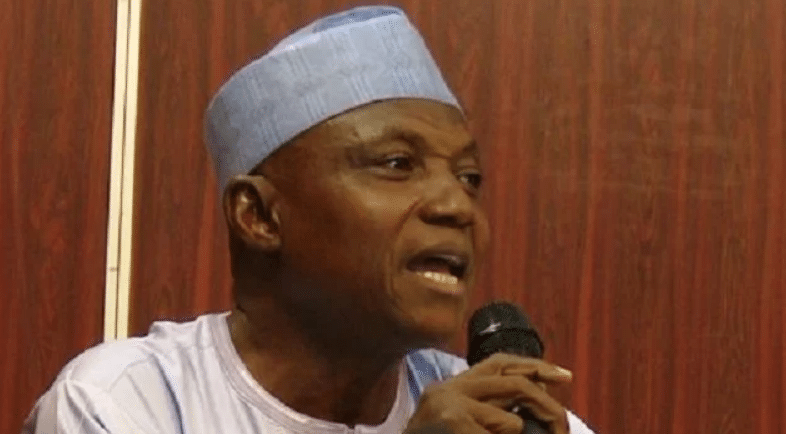 On Friday, the presidency stated that no fund was missing under the past service chiefs, adding that the military have paid for the weapons but the arms are yet to be delivered.

The Senior Special Assistant to the President on Media and Publicity, Garba Shehu, noted funds can’t be missing under President Muhammadu Buhari-led government.

Shehu stated this while speaking on Channels TV on Friday.

Naija News had earlier reported that National Security Adviser,  Maj-Gen Babagana Monguno (retd.), said some funds meant for the purchase of arms got missing under the leadership of the ex-service chiefs.

“No one knows what happened to the money but by God’s grace, the president will investigate to find out whether the money was spent and where the arms went,” the NSA had said in an interview with BBC Hausa on Friday.

However, hours later, Shehu said the NSA was misquoted, stressing that Monguno did not accuse the ex-service chiefs of misappropriation of funds.

He said, “About the $1bn taken from the Excess Crude Account with the consent of state governors used for military procurements, I want to assure you that nothing of that money is missing.”

“The reference by it in the interview of the BBC Hausa Service by the National Security Adviser has been misconstrued and mistranslated.”

“NSA made two critical points –one is that we don’t have enough weapons which is a statement of facts; and two procurements made have not been fully delivered.”

“At no point did the NSA say that money has been misappropriated and that no arms is seen. They have not been delivered, that is correct; these are things you don’t get off the shelves,” Shehu noted.

He further stated that the critics of the current government are being political by trying to make a comparison between a Peoples Democratic Party government and an All Progressives Congress administration.

He said, “People are just been political, they want to draw moral equivalent between the PDP and the APC administrations – we are not the same, things like this cannot happen under a Buhari administrations.”