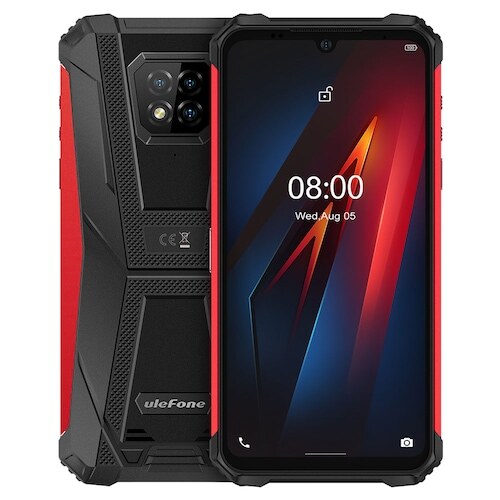 Ulefone has added another smartphone into their portfolio called Ulefone Armor 8 5G. The smartphone comes with some amazing features such as a whooping 5080mAh battery capacity, 6.1-inches large screen display and a massive 256GB inbuilt storage.

The Triple rear-camera setup is made up of a 64-megapixel primary camera and 2 other unknown cameras which makes it a total of three cameras.

This triple rear-cameras comes with some features such as HDR, Panorama and has the ability to record 1080p videos at 30fps. 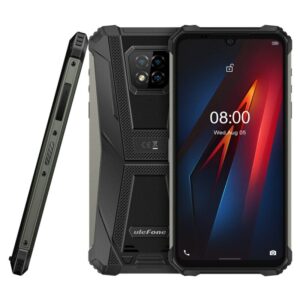 Ulefone Armor 8 5G comes with a rugged design, making it the Company’s first 5G rugged smartphone. It features a front glass, aluminum frame and aluminum back with a little rubber.

The rear panel houses the triple rear camera which is accompanied with a LED flash and Ulefone tag which indicates it’s an Ulefone smartphone. We have the fingerprint scanner situated at the side of the device.

On the display, the smartphone comes with a large 6.1-inches IPS LCD waterdrop display which has a resolution of 720 x 1560 pixels and it is protected with a Scratch-resistant glass, oleophobic coating. The smartphone has a rating of IP68 which actually means water-resistant of up to 1.5m for 30mins.

On the Hardware aspect, the Ulefone Armor 8 5G features a MediaTek MT6873 Dimensity 800 5G chipset which is supported with an octa-core processor that has a clock speed of 2.0 GHz and Mali-G57 MP4 for the graphics department.

On the memory, It comes with 8GB RAM and 256GB inbuilt storage. It also has an option for memory expansion via microSD card. On the software, It runs Android 10 version of operating system.

It is powered with non-removable 5080mAh Li-Po battery capacity accompanied with a fast charging mechanism.