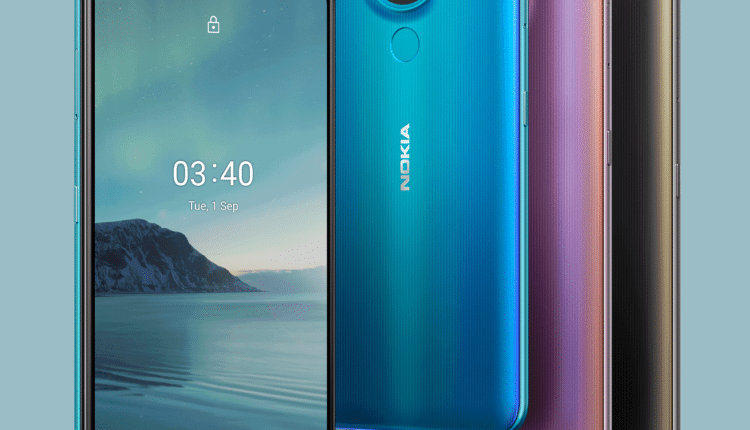 Nokia 3.4 is the latest Nokia smartphone, it was announced in September 2020 and is expected to be released in October 2020. It comes with some amazing features such as a massive 6.39 screen size, bigger 4000mAh battery and Snapdragon 460 chipset.

The camera department of Nokia 3.4 features a triple rear camera and a single front facing camera.

The triple rear-camera setup comprises of a 13-megapixel main camera, Ultrawide angle 5-megapixel and a 2-megapixel depth sensor. This rear cameras are capable of recording 1080p videos at 30fps.

The single front facing camera is an 8-megapixel wide selfie camera and it can also record 1080p at 30fps. 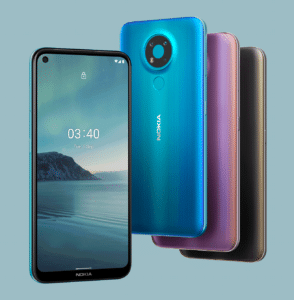 The Nokia 3.4 comes with a similar design with its predecessor Nokia 5.3, plastic back and glass front. It will be comes in three different colours which includes Fjord, Dusk and Charcoal.

The rear panel houses the triple rear camera accompanied with a LED flash. Below, we have a fingerprint scanner, a Nokia tag which signifies it’s a Nokia smartphone and dedicated Google Assistant button on the side. The smartphone weighs 180g and has a dimension of 161 x 76 x 8.7mm.

On the software, it runs Android 10 version of operating system which is based on Android one. You will be happy to know that there will be Android 11 update on the phone.

On the battery, it is powered with Non-removable 4000mAh battery, supported with 10W fast charging mechanism.

My name is Okpara Kenneth, the CEO of flippstack.com, a full-time blogger and tech enthusiast.