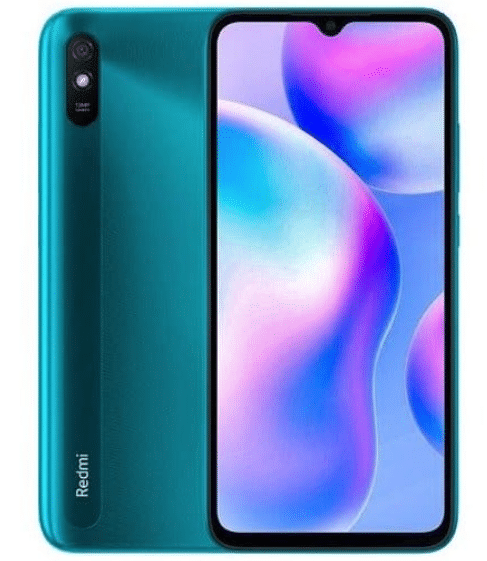 The Xiaomi Redmi 9i is the latest addition to the Xiaomi Redmi 9-series. It comes with similar specifications with the Redmi 9A, the only difference between them is the bigger RAM and bigger inbuilt storage in Redmi 9i.

The front camera features a 5-megapixel shooter accompanies with a HDR mode and can also record 1080p videos at 30fps but lacks a LED Flash.

On the design, it has similar design like the Redmi 9A which consists of a plastic back and glass front. It comes in three different colours which includes Midnight Black, Sea Blue and Nature Green.

The rear panel houses the rear camera and a LED Flash. Below we have the Redmi branding which indicates it’s a Xiaomi Redmi smartphone. The smartphone lacks fingerprint scanner which means you will be having only screen lock security feature.

The Xiaomi Redmi 9i features MediaTek Helio G25 chipset accompanied with an octa-core processor which has a clocking speed of 2.0GHz. On the graphics, we have PowerVR GE8320 puling the strings.

On the memory, we have a 4GB LPDDR4x RAM and 64GB inbuilt storage compare to the Redmi 9A that comes with a 2GB RAM and 32GB inbuilt storage. It also has an option for storage expansion via microSD card.

Going to the software, the smartphone runs Android 10 version of operating system, supported with the Xiaomi’s MIUI 12 user interface.

It is powered with a whopping 5,000mAh non-removal battery which is supported with a 10W fast charge mechanism.

Realme 7i Price and Full Specs