Top Features in Android 11 That You Need to Know 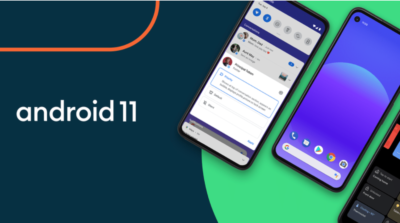 The Google’s new Android operating system known as the Android 11 is now stable and official. Google Pixel devices have started getting update for the new operating system but it’s going to take months for other smartphone manufactures like Samsung, Oppo, Realme, Xiaomi and others to start sending Android 11 updates to their smartphones.

Although, the list of new features we have in this article does not cover all the features of Android 11. What’s here are the major features all users should know about in order to have a knowledge of how powerful the latest Android operating system is.

Below are the top features of the new Android 11 operating system which gives an insight of the new OS.

Conversation Notifications are now grouped in Android 11, there are three notification categories which consists of Conversation, Alerting and Silent.

Apps with notifications fall under “Conversation” header. The conversation category houses all your conversations from apps where you directly communicate with people, including text messages and chat apps like Instagram, WhatsApp, Facebook and others.

Alerting and Silent categories acts the same way they do in Android 10. Any app you turned its notifications silent will appear in the silent category. This categories just makes it easy for you to locate your notifications on your device and enables you not to miss any notification related to your important daily interactions.

What makes this feature very handy is that you can see all the messages that enters into your phone, even the ones that are totally silent. So you don’t have to worry about losing any notifications.

Also Read: How To Remove Google Meet Button From Your Gmail Mobile App

Chat bubbles is another handy feature in Android 11. This feature appeared first in Android 10 but Google didn’t prioritize them enough, after the stable version was unveiled, it disappeared.

The chat bubble works similarly like Facebook Messenger app in Android. If you have ever used Facebook messenger, you will notice a chat-head that appears on your smartphone that overlays on top of every other apps thereby allowing you to quickly access the chat by tapping on the chat icon. That’s exactly how chat bubble works in Android 11.

It works natively for all messaging apps in your smartphone and like the Notification History feature, it is not enable by default. You can enable it by heading to Settings > Apps & notifications > Notifications > Bubbles and toggle it on.

Android 11 comes with a native screen recorder, so you don’t have to go and download third-party apps to perform your screen recording functionality for you.

You can locate the native Screen Recorder by swiping down your notification shade, and you will see it in the quick settings tiles. Tap on it to start recording. On starting, it shows you options like, whether your screen-taps should be recorded and if it should also capture audio.

When you are done and want to stop the recording, swipe down your notification drawer and tap the screen recording notification and it will automatically stop. You can tap on it to view it, share, edit or delete immediately.

In Android 11, these music control has been integrated into the Quick Settings sections alongside your Wi-Fi and Bluetooth tiles which you will be able to see when you swipe down from the top of your screen. The music controller now shows you cover art, basic controls and on which system the media is playing. When you pull the menu more down, you will be able to see more features such as giving a music thumbs up without opening the music player. You can also be able to swipe away the music player up there if you don’t want it anymore.

This another handy feature from Google which allows you do even more amazing things with your device. This feature can be accessed when you long-press the power button of your smartphone.

In Android 10, what you see when you long-press your power button is options to power off or restart your device but in Android 11 it’s different. You will see a quick access to your default Google Play payment method you want in your next contactless transaction to use and below you will also see buttons connected to your various smart home products.

These buttons allows you to toggle on or off your smart home devices such as lights, televisions, Air conditions etc. You can add only six devices to this field and the field can be customized by tapping the triple dots on the right in the power menu.

These feature was introduced in Android 10 which you can only turn it off and on but in Android 11, this feature has been upgraded enabling you to schedule when you want the dark theme to appear.

In Android 11, you can schedule your dark theme by choosing whether to turn it on or off when the sun sets or rises. There is also an option to set up a custom time for dark mode activation.

This feature will be useful for those that usually struggles to locate the app they want to use whenever they want to share something in their smartphone.

Google added this feature in Android 11 to enable users have more control over privacy and security than ever before.

In Android 10, whenever you want to install an app it asks you if you want to grant the app permissions to access certain components of the phone like camera, GPRS, audio player and others but in Android 11 you have option to force an app to ask for permission for every single time it want to use any component of your device. Which means granting this apps permissions only when you want to use them.

Google made it in a way that after a user have granted an app permission for the session, once the app is closed, Android revokes that permission.

The above aforementioned features are the top features Google packed into Android 11 to make it more user friendly and I think this features will really be handy for users.

List of Nigerian Private Universities That Give Admission Without JAMB 2021

JAMB CAPS Login Portal 2021 – All You Need To Know