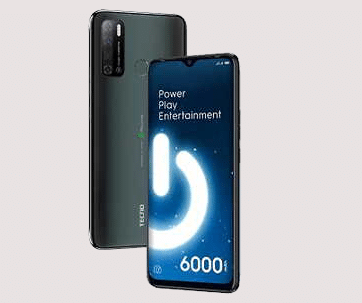 Tecno Spark Power 2 was announced on June 17th 2020. It comes in as an upgrade to the previously released Tecno Spark Power and features more improved hardware. Although it shares the same design with the Tecno Pouvoir 4 Pro and also similar specs.

The Tecno Spark Power 2 comes with Quad-rear camera setup and a single front facing camera, which is similar to what we saw on Tecno Pouvoir 4 Pro.

Going to the front, we have a single selfie camera which consists of a 16-megapixel camera and it is capable of shooting 1080p videos at 30fps and also has HDR feature to beautify your selfie photos. 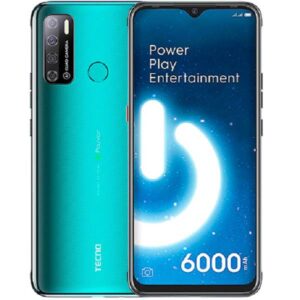 As I said earlier, it shares similar design with the Tecno Pouvoir 4 Pro which comprises of a glass front, plastic back and plastic frame.

The rear panel houses the quad-rear cameras accompanied with a LED flash. We also have the fingerprint scanner beside the camera module and below we have the Tecno tag that indicates it’s a Tecno smartphone.

Upfront, we have a 7-inches display accompanied with a teardrop notch that houses the selfie camera. The screen has a resolution of 720 x 1640 and a pixel density of 256 ppi.

On the memory department, it comes with 4GB RAM and 64GB inbuilt memory which has an option for memory expansion via microSD card.

On the software, the phone runs Android 10 version of operating system which is supported with the Tecno’s HIOS 6.1 version of user interface.

It is powered with a whooping 6000mAh non-removable battery which supported with an 18W fast charge mechanism.

Also read: How to manage your android notification