Nokia 3.4 Price, Specifications, and Colour Options Tipped Ahead of Launch 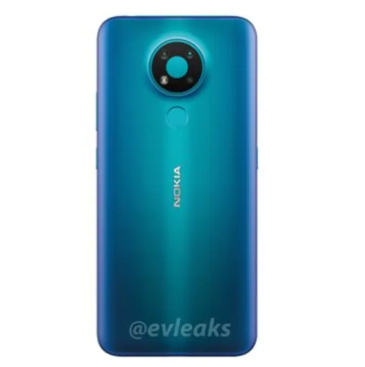 Nokia 3.4 has been subject to another leak, and this time, we have some key specifications of the upcoming phone as well as other details about the phone. It will be offered in three colours – purple, grey, and blue, as per an online report. The phone will reportedly have a dual-SIM variant TA 1283 that had earlier passed certification in Russia. It has been subject to many leaks and is expected to be released by HMD Global soon.

The report claims that the phone, nicknamed DoctorStrange, will feature a 6.52-inch (720×1,600) display with 20:9 ratio. It will be powered by Snapdragon 460 SoC, and paired with 3GB of RAM. Nokia 3.4 will be offered in 32GB and 64GB storage variants that can further expand storage capacity via microSD card (up to 512GB). Some of these specifications have been spotted on Geekbench before.

The smartphone will feature a hole-punch display and a circular camera module with a LED flash, as per leaks by reliable tipsters. Official-looking press renders of the blue colour variant of the smartphone were recently leaked that showed the phone with a 3.5mm headphone jack located at the top and a fingerprint sensor at the back of the phone.

HMD Global was expected to announce the Nokia 3.4 at the recently concluded IFA 2020, but that didn’t happen. As of now, there is no word on Nokia 3.4 launch, but with all the leaks, it looks like it will be released soon.

One thought on “Nokia 3.4 Price, Specifications, and Colour Options Tipped Ahead of Launch”