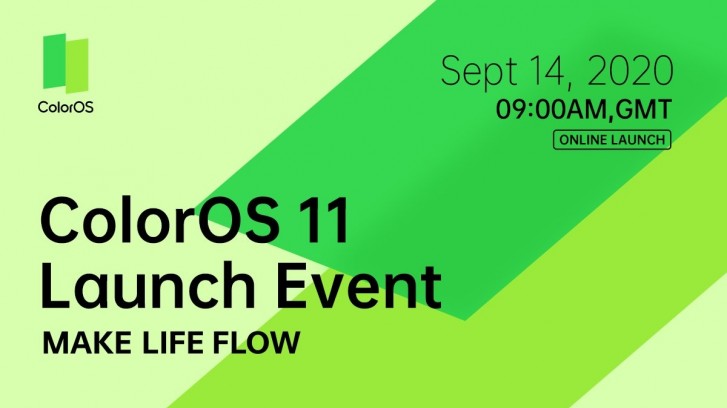 Google started rolling Android 11 and its OEM partners are quickly following with their own overlays based on the new release. Realme is pushing an Android 11 Preview to its flagship, but now Oppo is ready to share the upgrades that will come with the latest ColorOS. Unlike Xiaomi, where MIUI and the underlying Android version get updated separately, Oppo and its sister companies are releasing a new ColorOS version when Google delivers a major update.

The BBK subsidiary is moving from ColorOS 7 and will go straight to ColorOS 11. There will be a launch event on September 14 which will be live-streamed on all popular social media platforms.

The ColorOS Beta Version, based on Android 11, has already been available to some Oppo phones, including the Find X2 devices and the global Reno3 series. The maker didn’t reveal what changes the final version will bring, but now it’s ready to do so.

The new Android 11 brings one-time permissions, toggle between media devices, and message notifications grouped together. Google also announced a screen recorder, but ColorOS 7 already had that.

The Monday event is scheduled to begin at 09:00 GMT and we’ll provide a live stream when the time comes, with all the details following after that.

Nokia 3.4 Price, Specifications, and Colour Options Tipped Ahead of Launch