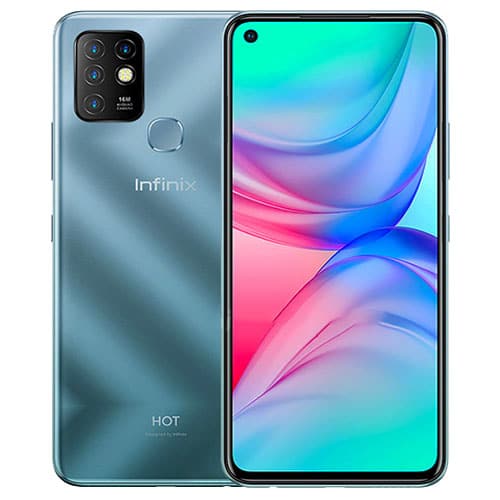 Infinix Hot 10 is the new member of the Infinix Hot-series. Infinix Hot 10 was announced on 17 September 2020 and will be released for sale before the end of the month. It is an upgrade to its predecessor Infinix Hot 9 and comes with some amazing features such as a bigger battery capacity, improved hardware and also a bigger inbuilt storage.

The Front facing camera features a single 8-megapixel wide-angle selfie camera which is also capable of recording 1080p videos at 30fps and has an image size maximum of 3264 x 2448. 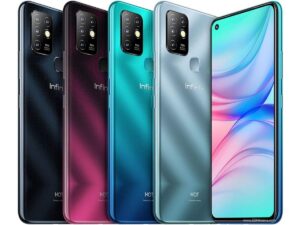 The rear panel is crafted with laser engraving to create a visual perception of interlaced light and shadow.

The rear panel houses the quad-rear cameras which is situated at the right-hand side accompanied with a LED Flash. We also have the fingerprint scanner and an Infinix Hot branding, which indicates it’s an Infinix smartphone that belongs to the Infinix Hot family.

The Hot 10 also comes with a game mode feature which creates a more fascinating gaming experience.

On the memory, it comes with 6GB RAM and 128GB inbuilt memory. There is also an option for memory expansion via microSD card upto 512GB.

It runs AndroidTM 10 version of operating system, supported with the infinix’s XOS 7.0 version of user interface.

On the connectivity, we have 4G, 3G and 2G network support. Other connectivity includes; Wi-Fi, Bluetooth, OTG, USB port, 3.5mm audio jack and an FM Radio.

It is powered with a massive non-removable 5200mAh Li-po battery which has a talk time of 36hours and Standby time of 38days.