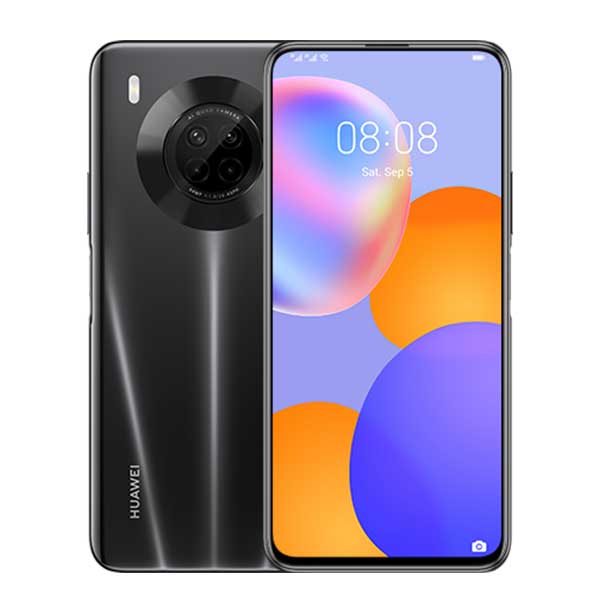 Huawei is back again with a new smartphone in their Y-series called Huawei Y9a. The smartphone packs some amazing features which includes a Quad-rear powerful camera setup, Motorized pop-up front camera and a whooping 128GB inbuilt storage. We discuss on the price and specs of the Huawei Y9a in this article.

The camera department spots a Quad-rear camera and a single motorized pop-up front camera for selfies.

On the front, we have a single motorized pop-up 16-megapixel selfie camera which is capable of recording 1080p videos at 30fps.

The Huawei Y9a comes with a 3D arc design and a nano texture which enables you hold the smartphone comfortably. The rear panel houses the quad-rear camera setup accompanied with a LED Flash. We also have the Huawei tag which indicates it’s a Huawei smartphone and a side-mounted fingerprint scanner. The smartphone measures 163.5 x 76.5 x 9mm and weighs 197 grams.

On the display, we have a 6.63-inch IPS LCD Full HD display which has a resolution of 2400 x 1080 pixels and an aspect ratio of 20:9. There is an absence of a notch or punch hole because of the motorized pop-up that houses the front facing camera.

The Huawei Y9a features MediaTek Helio G80 chipset accompanied with an Octa-core processor and Mali-G52 MC2 for the graphics.

The connectivity department comprises of a 4G LTE for the internet connection, Bluetooth 5.1, dual-band, 3.5mm audio jack and USB Type-C.

It is powered with a non-removable 4,200mAh Li-po battery which is supported with a 22.5W fast charging mechanism.