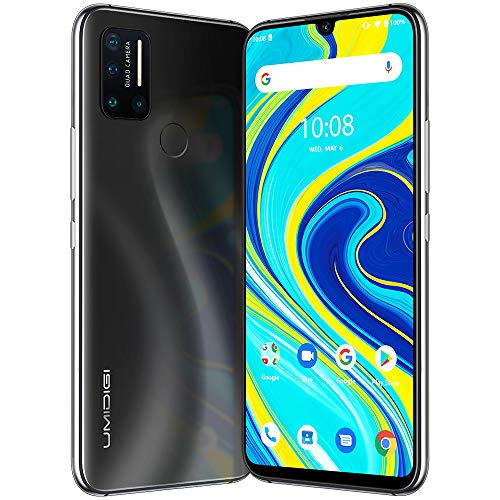 Umidigi A7 is the newest member of the Umidigi-A series, it comes with lovely design and some amazing features, such as a quad camera setup that gives you all round beauty photos and it’s powered with Helio P20 Processor. Will be walking you through the specs and price of the Umidigi A7.

The Umidigi A7 smartphone houses a Quad rear-camera setup and a single front camera. The rear cameras consists of a 16-megapixel primary camera, accompanied with an 8-megapixel ultrawide camera, 5-megapixel depth camera and a 5-megapixel macro camera.

This rear cameras has the capability of shooting 1080p and 720p videos at 30fps and they also have HDR feature.

On the selfie, it comes with a single 16-megapixel selfie camera which has AI Beautify, Selfie countdown and can also record 1080p video at 30fps. 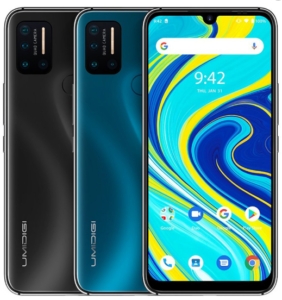 The smartphone features a lovely design, glass front, plastic back and comes in two different colours which includes Midnight Green and Space Grey.

On the rear panel, it houses a quad-camera setup placed in a square-like module. This cameras are accompanied with a LED flash and a fingerprint placed beside them. Below, you will find the Umidigi tag, which signifies it is an Umidigi device.

On the front, we have a teardrop notch which houses the selfie camera. We also have a full high definition 6.49-inch LTPS display which has a resolution of 1560 x 720 pixels.

On the hardware, it features an octa-core MediaTek P20 processor which is accompanied with ARM Mali-T880 MP2 graphics.

The device is powered with 4GB RAM and 64GB inbuilt storage. You will also be happy to know it has an option for memory expansion via microSD card upto 256GB.

Going to the software, it runs Android 10 version of operating system.

The Umidigi network connectivity is based on 4G LTE, it has no 5G support. Other connectivity includes WiFi, Bluetooth 4.0, USB type-c port.

It is powered with 4150mAh Non-Removable Li-Po Battery and is supported with 10W fast charge technology.

Umidigi A7 Price in Nigeria