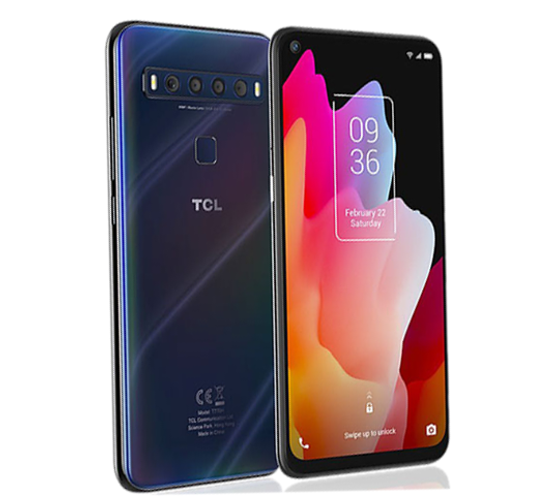 TCL announces once again another beauty called TCL 10L which is also known as TCL 10 Lite. The company is quite new in the smartphone market but to be honest, they are here to offer a real competition. The TCL 10L comes with a quad rear camera setup and a massive 6GB RAM to support its Octa-core processor. It also features a dedicated PixelWorks chip that converts SDR to HDR in real-time.

These rear cameras has HDR and panorama features and capable of recording 4k videos at 30fps.

It features a single selfie camera of 16-megapixel that is capable of recording 1080p videos at 30fps. 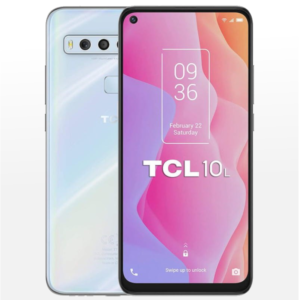 The smartphone comes with a smooth design, glass front and plastic rear panel. It will be coming in two different colours which includes Arctic White and Mariana Blue.

The sleek 3D rear panel houses the quad rear cameras accompanied with a LED flash and a fingerprint scanner.

It features a 6.53-inch FHD+ dotch display with a resolution of 1080 x 2340 pixels and an aspect ratio of 19.5:9. TCL 10L has a good colour and contrast optimized in real-time with NXTVISION visual technology.

The TCL 10L is powered with Qualcomm SM6125 Snapdragon 665 chipset, accompanied with an octa-core processor and 6GB RAM for the smooth running of the device. On the memory, we have 128GB inbuilt storage which has an option for memory expansion via microSD card up to 256GB.

The device runs Android 10 version of operating system which is supported with the TCL’s user interface.

TCL 10L features 4G supported dual SIMs, Bluetooth 5.0, audio jack, Wi-Fi, super Bluetooth feature which allows you connect to up to four Bluetooth headphones at the same time. We also have an audio amplifier and a dedicated audio chipset.

The smartphone is powered with a Non-removable 4000mAh battery which promises to last long when fully charged.

One thought on “TCL 10L Price and Full Specifications”