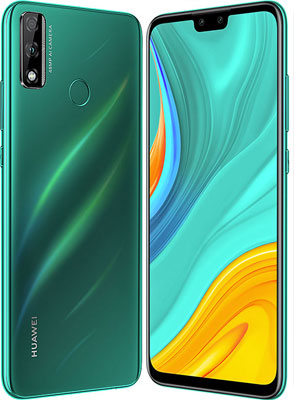 Huawei Y8P is the new member of the Huawei Y-series, it is actually an upgrade to the Huawei Y7P. The Huawei Y8P was announced on May 2020 and released on June 2020. It comes with an improved features in all departments.

The device houses a triple rear camera setup which consists of a 48MP primary camera, an 8MP ultrawide camera and a 2MP depth camera. This rear camera setup has HDR and Panorama features and can record 1080p videos at 30fps.

It comes with a single 16MP selfie camera which also has HDR feature and also capable of recording 1080p video. 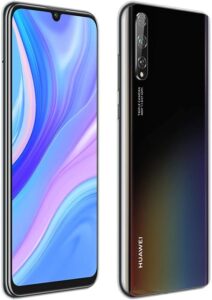 On the front, it features a 6.3-inch OLED display which has a screen resolution of 1080 x 2400 and an aspect ratio of 20:9. It has a drop notch display which houses the selfie camera.

At the back, we have a triple rear camera, accompanied with a camera flash and a Huawei tag which signifies it’s a Huawei smartphone

The design department on this Huawei Y8P holds a very familiar package. It looks exactly like the Huawei Enjoy 10s, only with different color variants.

It runs Android 10 version of operating system supported with the EMUI 10.1 user interface. It won’t come with Google Play services because of the ban placed on Chinese companies by the American government, so they are not permitted to use equipment owned by US companies.

It is powered with non-removable 4000mAh Li-Po battery which is supported with a 10W fast charge.

Oppo A92 Price and Full Specs