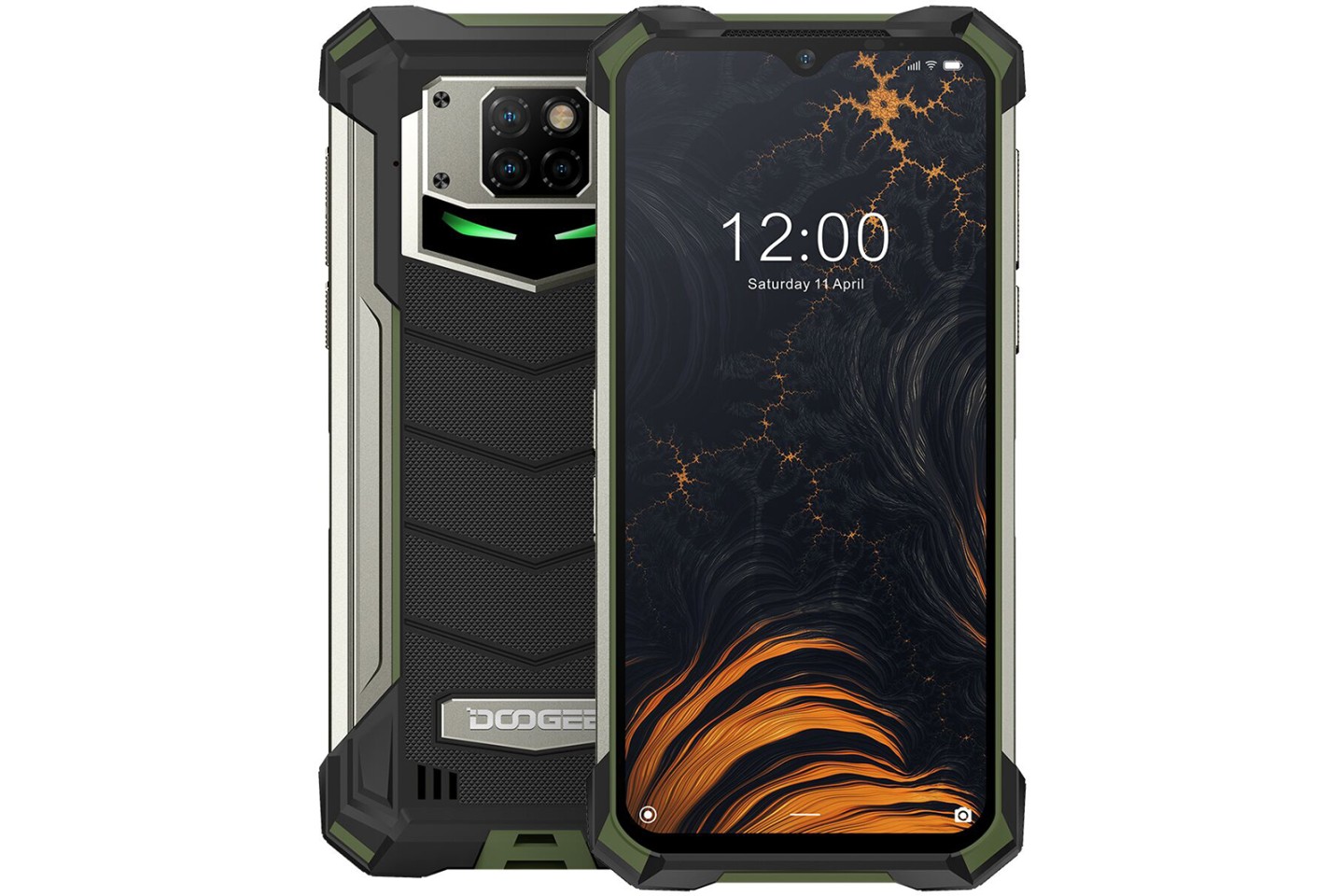 Doogee S88 Pro comes with a superb design, an iron man kind of design and a rugged chassis.  It comes with great features which includes a massive 10,000mAh battery capacity and can also be used as a power bank with 5W reverse wireless charging.

It comes with a 16-megapixel front facing selfie camera which has an aperture of f/2.0. 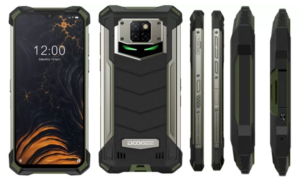 The Doogee S88 Pro comes with a touch chassis design. Its iron man’s helmet design makes it tough enough to survive many hazards, and it can handle drops from 1.5m height on a rough surface and 2m height on a smooth surface.

It has IP69K rating, which means it is designed to survive high pressure and high-temperature sprays. It can also survive an extreme temperature of -55°C for 4 hours.

It also tough enough to survive acidic temperature and can rush off high humidity.

On the back panel, it houses a triple rear camera, which is accompanied with a LED flash and two eye-shaped LED flash like the one in iron man’s helmet, a DOOGEE tag below that indicates it’s a Doogee smartphone. It also comes with 3 programmable action button on the side, which perform single, double click, and long press, also have a side-mounted fingerprint scanner.

On the front, it comes with Gorilla Glass protected 6.3-inch full HD+ screen which has a resolution of 1080 x 2340 and a screen density of 410 PPI. It also features a drop notch front-facing camera.

On the storage, it comes with 6GB RAM and 128GB in-built storage. It also has a microSD slot for memory expansion.

Software aspect, it runs with Android 10 version of operating system.

On the battery, it comes with a massive Non-Removable 10,000mAh capacity battery, which other smartphones can benefit from because it can be used as a power bank with 5W reverse wireless charging.